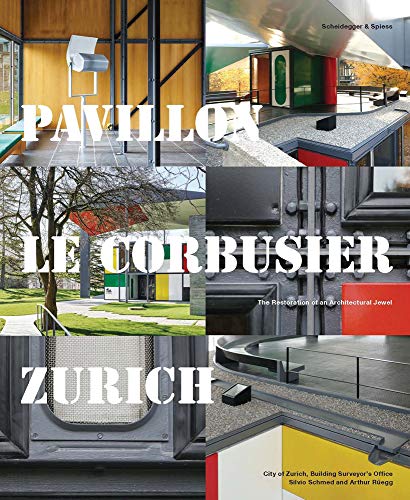 Reseña del editor Situated on the shore of the Lake Zurich, Le Corbusier's exhibition pavilion is his last realised design. Based on his Modulor proportional system and at the scale of a single-family home, it demonstrates the potential of prefabricated elements to form a perfect space for art and design. Commissioned in 1960 by Heidi Weber, Zurich-based gallery owner and patron of Le Corbusier the visual artist, this structure in steel and glass represents pivotal aspects of his architectural philosophy and also points to the future. Architects Silvio Schmed and Arthur Ruegg have carefully restored the Pavillon Le Corbusier to its original state, including the reconstruction of missing pieces of furniture and luminaires. This book documents their research and the restored building, featuring previously unpublished historic photographs and documents alongside newly commissioned images by Georg Aerni. Biografía del autor Silvio Schmed is a Zurich-based architect and interior designer and has realised numerous restorations and reconstructions of historic and modern architectural monuments in Switzerland. Arthur Ruegg is a Zurich-based architect, professor emeritus of architecture and construction at ETH Zurich, and an expert on Le Corbusier. He frequently collaborates with Silvio Schmed on restorations and reconstructions of Swiss architectural monuments.