King of the Animals: Wilhelm Kuhnert and the Image of Africa por Philipp Demandt 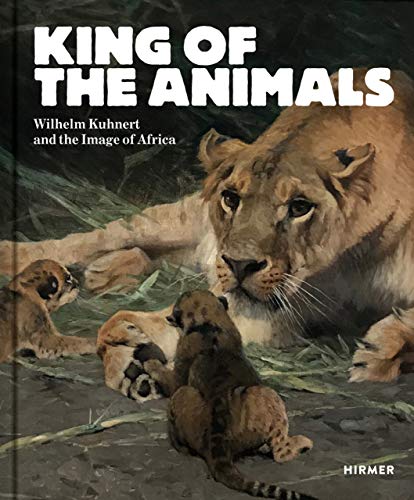 Philipp Demandt con King of the Animals: Wilhelm Kuhnert and the Image of Africa

Reseña del editor Wilhelm Kuhnert was a pioneer. He was one of the first European artists to travel to the largely unexplored savannahs and jungles of the German colonies in North and East Africa. Under hazardous conditi ons he documented at close quarters the fascinating animal and plant world and then created in his Berlin studio monumental paintings which were much sought - after on the art market. Like no other artist of his time Wilhelm Kuhnert (1865 – 1926) has moulded our image of Africa. In his seductively realistic drawings, watercolours and paintings he recorded with almost scientific accuracy the characteristics of the animals and their habitat. It is not surprising, therefore, that his pictures illustrated on the o ne hand legendary reference works like Brehms Tierleben and adorned on the other the popular collector cards of the chocolate manufacturer Stollwerck. The volume shows a comprehensive, exciting portrait of Kuhnert’s unusual life and works and takes into account at the same time the current debate on attitudes to Germany’s colonial past. Biografía del autor Philipp Demandt is an art historian and director of the St del Museum, the Liebighaus, and the Schirn Kunsthalle, all located in Frankfurt, Germany. Ilka Voermann is a curator at the Schirn Kunsthalle in Frankfurt.